The Baker Cove Watershed Committee was formed with the purpose of reducing fecal coliform bacteria in Groton’s Baker Cove, which is impaired for direct shellfish consumption.

The committee is comprised of interested parties who wish to take local control over improving water quality in Baker Cove. Ideally, the committee will include members from the general public, school groups, local government and non-profit organizations, commerce and industry and other local neighborhood groups and Associations. 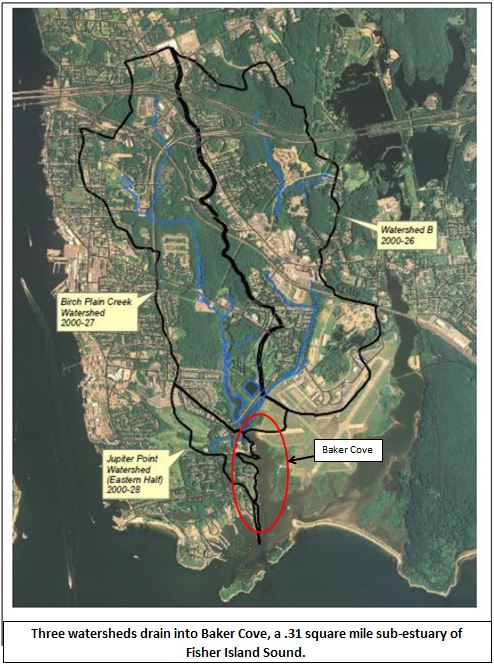